Social influence is rapidly overshadowing first impressions or any impressions for that matter. 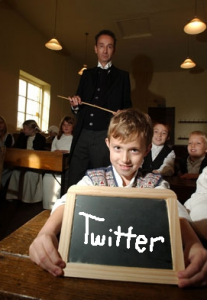 What is social influence? It’s the ability to impact others with what is perceived as value and/or what happens to an individual’s thoughts, feelings or actions, as influenced by others.

Identification - when someone’s opinion or activity is impacted directly by a third party that is highly valued.
Compliance - when people appear to agree with others but may actually keep their different or dissenting opinions to themselves.
Internalization - occurs when people blindly accept a behavior or belief and agree both publicly and privately.

Some of the implications of social influence:

Public Relations is being reshaped in fundamental ways. The impact of PR is no longer governed by mass republishing of a thought or form of marketing. Who is reading and responding can and will overshadow the quality of the process. Yes, editors and reporters are social influencers per se but who are they influencing? Downstream impact is becoming important as well, especially via online access.

What action are people taking behind your marketing activity - this has some correlation with your social influence scale. If you have 6,000 Followers on Twitter and you Tweet out a URL then your social influence is much greater than someone with 500 Followers. And, the action taken by others; i.e. clicking through is probably going to be much higher for the person with 6K Followers versus 500.

Measuring social influence is now more than a “popularity contest” - the digerati around the world are even mainstream companies are now using a Klout Score as a measurement of how a consumer should be treated, with the score being an extension of the amount of social influence that can be directly attributed to an individual. Peer Index (still in Beta) is a UK based service with similar functionality, with a descriptive tagline: “understand your social capital.”

The marketing message focus in some instances is shifting from mainstream media to key social influencers who may have more sway. Case in point, on Quora, Robert Scoble recently posted on 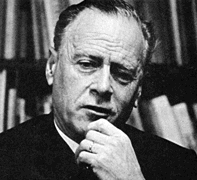 Quora about how his “imprimatur” being more important to a startup seeking visibility versus an article in a mainstream publication such USA Today.  Whether you believe Robert or not, it clearly underscores how social influence is shaping perception at any rate.

Social influence is driving real revenue opportunities. I’m very active on Twitter and I can see other peers are Tweeting out links to new software and services (as example) - some are using affiliate links (embedded in the URL) and some are not.  But, I would wager many of the latter are being paid in some way - underscoring the validity of social influence as “coin of the new digital realm.”

Sentiment analysis has been one of the strong predictors of purchasing patterns for years - it is used to determine the attitude of a speaker or writer. I would wager it’s been used by every major corporation that is actively mass marketing and product or service. I would wager that as we move forward (if not already) social influence will be weighted as a component of sentiment analysis.

Marshall McLuhan was right - the medium is morphing into the message, although I may be guilty of mixing my sages and metaphors. Call it poetic license from this social influence driven marketing geek!