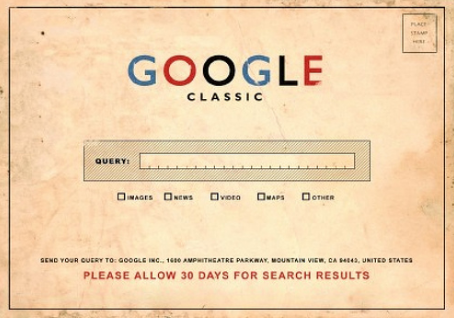 The social media and digital world is all a Twitter about Google’s anticipated acquisition of Groupon for a $6B rumored price tag with another $700 million in anticipated bonuses for Groupon’s exec staff.

I agree with Kara Swisher, this deal is good for Google, even with this astronomical buy out. Also, am sure Google is reacting to and wary of Facebook’s own “Groupon Killer” - Facebook Places.

Yahoo was rumored to be circling Groupon but don’t think Carol Bartz and crew had the heart, cash and sufficient bandwidth to convince Groupon they would improve the business in any substantive way.

I disagree with others (Greg Sterling with Search Engine Land) who are already saying this deal is not a good one for Google. This potential deal gives Google so much scale (size) and reach into the local market that would take years to build, keeps Groupon out of Microsoft’s or third party’s hands, will add $400-500M to Google’s revenue stream. Finally - gives them real street cred in the social media market.

How Google Grabbing Groupon will reshape the Social Media Landscape and Google:

2) Give Google the visibility, impact and advertising reach into local markets to finally work with SMBs (small to medium sized businesses).

3) Enable Google Maps to be much more leveraged with Groupon deals sold right in the search window - this could scale Groupon’s revenue significantly behind the deal.

4) Not sure how Google will assimilate Android with Groupon - but look for tighter integration with this operating system in some way, this is a no brainer. Not to mention, Google having a bigger footprint in the mobile phone market on the application side via smart phones, the iPad and other tablets.

5) This potential deal could ratchet up potential valuations across the social media landscape, the size alone is a huge milestone. Although it’s roughly a 10X times annual revenue based on a $6 Billion dollar deal plus bonuses, give or take a few hundred million.

6) Groupon has a sales force comprised of 300 people doing outbound calling, cutting deals, etc. - this sales team will give Google the ability to start to be more aggressive in promoting all of its services to much smaller companies and may make them rethink some of their internal HR structure.

7) This potential deal will raise barriers for any local targeted vendors, create an immediate impression that Google is now the player in coupon deals and local advertising and Google will suck a lot of the oxygen out of the local deals market immediately.

8) Could send a signal to the world that Google is finally a real player in the social media market and gives them their own mobile social graph to leverage moving forward.

Stay tuned, as the deal is not done. Probable and possible though…… 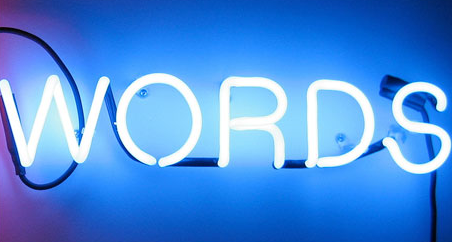 The Power of Words is unquestionably what drives the digital economy in some shape fashion or form. Powerful Words are the underlying building block of any web Web Site Marketing Strategy, Search Engine Optimization Campaign, Content Publishing, Brand Building and much more.

Top Ten Power of Words you want to incorporate in your Content and Advertising:

1) “You” - considered the go to word for every copywriter going back to Hal Riney’s days. It personalizes your message instantly for the reader and you (no pun) should use it frequently in your marketing copy.

2) “Proven” - sends a signal to your reader that whatever your selling or promoting has been tested, works well, etc. and can also help to remove fear from the buying decision.

3) “Love” - powerful way to make an instant statement - can be trite at times if used improperly.

4) “New” - everybody likes something that’s unique, novel and fresh.

6) “Safety” - resonates with many on a personal level for health or even quality.

7) “Discover” - convey a powerful emotive content that resonates with many.

8) “Guarantee” - conveys a real sense of confidence when purchase is being made.

9) “Results” - sends an implicit message that product or service will deliver.

10) “Health” - adds real sizzle when used in conjunction with a product.

Some Great Power of Words Resources:

Copyscape Plagiarism Checker - Freemium model - discover if your content is being ripped off.

We trust this post on the  Power of Words helps to provide critical insight about your content marketing strategy moving forward.

Couldn’t start a Blog post about Thanksgiving without an iconic image from Norman Rockwell. Since this image doesn’t reflect our subject matter we’ll ask you dear reader for your indulgence so we can segue to our tongue in cheek block post: Ten Ways Social Media Can Ruin Your Thanksgiving!

1) No one shows up at grandmas house, as they are all to busy doing Groupon check ins to score Mayor badges.

2) The assembled group of Gen Y and Boomers are so busy trying to juggle their iPhones and Blackberry’s they don’t have time for real conversation.

4) Grandma insists all gadgets and devices must be turned in at the door as the folks come pouring in, necessitating a mass exodus to the porch every fifteen minutes to check Facebook accounts.

5) Thanksgiving dinner is held up so long due to Ustream holiday events the dinner gets cold in the process.

6) Over indulgence of alcohol causes Gen Y/Millenials to spill booze on their iPads and they slink out the front door to find nearest Apple store (fail).

7) No wireless network available at Grandma’s so many just eat and run out the door, forgetting time honored tradition of pretending to talk with family members while they watch football on the tube.

8) Incessant Twitter activity causes digital paralysis problems and some younger members are unable to: a) eat Thanksgiving dinner, b) hold on to Wii wand or c) wave newest gadget around for all to see and lust over.

9) Fisticuffs erupt after drunken pictures of relatives are mysteriously uploaded to Facebook Wall and the offended party realizes he/she is now indelibly imprinted with web legacy information showing them doing the “turkey trot.”

10) Power goes off - chargers were not brought in anticipation of this problem - everyone goes home immediately; poor Grandma/Grandpa and Boomers left with huge amount of food and booze to consume and try and figure out what a “wood stove” is and how it works.

Have a great Thanksgiving with your friends and family, with or without a social media enabled holiday! Try to actually converse with each other and break new ground in relationship building!

The devils in the details when you take a hard look at bulletproofing your email delivery. Whether you are doing it in house, or working with a high quality vendor such as Vertical Response, who we recommend and utilize for clients at present, some insight that should help you bulletproof email delivery.

1) Make sure you are using double opt in best practices to ensure your list quality is excellent and you don’t trigger complaints from recipients.

2) Utilize Feedback loops (if sending yourself), which enable you to see who is indicating your email is spam, so you can remove them instantly. 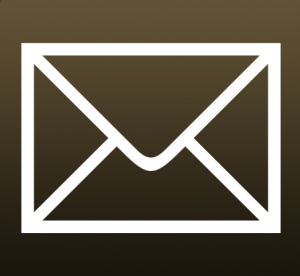 3) Use standardized “From” Information: utilize the same address so you don’t force recipients to keep adding new addresses to their address book. If you vary addresses, your spam complaints will go up as well, as your email goes into a spam folder, which triggers a rejection.

4) Add an unsubscribe link at the top of your email - this enables the recipient to easily and instantly remove themselves from your list. If many are forced to scroll to the bottom or dig through the email they will find it easier to complain.

6) Always have a “white list reminder” for your users; in some cases ISPs will look at the number of time you get added to an address book as a sign of integrity.

7) Remove all hard bounces that come back as undeliverable immediately from your list - if you keep sending them this will send a negative signal to your ISP or List Provider.

8) Make sure your content is relevant to the interest of your subscribers. Don’t stray from your subject matter by sending extemporaneous emails that are not consistent with your audience.

9) Your Subject Line is not only critical to deliver ability (getting opened and read) but also sets the tone for the content that is in the actual email. Make it as creative as you can and test several variances with 10-15% of your list, then utilize optimum content.

10) Incorporate a static IP Address in your campaigns. If working with an email provider, some will offer a dedicated IP for an additional charge. If they offer one it can be worth the fees (especially for larger lists), as some providers group multiple clients under the same IP Address and what another company does can impact your deliverability.

Our take on bulletproofing email deliverability - if you need help with your email marketing please click here to contact me.

Global brands are driving commerce as never before. The new way to build a global brand is by creating an iconic image like Nike or Oakley, then aggressively driving mutually reinforcing marketing processes, coupled with social media marketing and engagement.

Here’s what I tell my clients how to mirror successful Global Brands:

1) Establish Digital Touchpoints like these top tier Global Brands are doing. Digital touchpoints are creating a presence and engaging with your target markets anywhere on the social web. Giving you strong visibility, leveraging your content development costs and engaging with potential customers.

3) Be global in your brand marketing from day one - the web has no boarders and a “wild west” culture that embraces, amplifies your message, providing it’s creative and well thought out.

4) Use some “burst candy” as part of your messaging in building global brands - burst candy is content that tastes good and makes people want to engage with your content and share it with friends (social branding if you will).

5) Leverage technology and Web 2.0 applications and processes to make sure your brand messaging gets “heard” above the endless cacophony of the online world.

6) Have some fun with your brand - think about the wonderful brand Richard Branson has built around his Virgin Group - he has approached building his brand doing some at times wild and wacky stunts which have made him a media star and pushed his multiple brands to soaring heights.

7) As Chris Brogan loves to point out in his seminal Blog and book- don’t strive for perfection, just get your message out there and let yourself make some mistakes along the way.

8) Customerize your branding - get your customers involved with your brand development, whether it’s using surveys to understand what’s working and what isn’t to contests for submitting User Generated Content that helps to tell your brand’s story or something more creative.

9) Great global brands are built creatively not by committees in most cases. Let your brand breathe, enabling key stakeholders in your company to takes some risks to define what and how you want to communicate with the marketplace.

That’s our take on building a global brand if you need a brandologist to polish up your product, company or service then fire up the browser and reach out……….